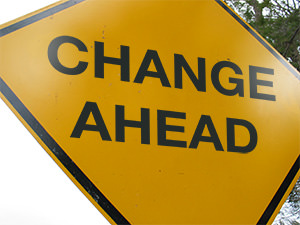 Now matter how you slice and dice the numbers, the advertising and marketing industries are embracing digital at an astounding pace. While traditional forms of offline advertising like physical newspapers are floundering, their online equivalents are doing better than ever. Even old, monolithic stalwarts like the New York Times are heeding the call of the web and investing heavily in their online advertising departments. Despite sluggish growth in advertising overall, digital ad revenues across the board continue to increase steadily. More than just a fad, the transition to an all-digital advertising regime seems to be a foregone conclusion.

For starters, online ad revenues in the United States reached a record $ 9.2 billion in the 3rd quarter 2012 according to research by the Interactive Advertising Bureau and PwC. Compared to the same quarter in 2011, that’s an 18% increase. During the first half of 2012, online ad spending amounted to an incredible $ 17 billion. That’s a 14% increase over a similar time frame at the start of 2011. In 2013, for the first time ever, the amount of money spent on online advertising is expected to surpass both print and television ad revenue by a significant amount.

From One-Size-Fits-All to Custom Advertising

As traditional media ad spending growth slows, traditional online advertising platforms like Google AdWords continue to gain ground due to their superior, quantifiable ROI and their ability to let advertisers directly target niches. Unlike broad, generic television and radio spots, web ads make it easy to fine-tune a marketing campaign and zero in on specific demographics. As more people in developing countries enter the Digital Age and go online, a commensurate surge in e-commerce and online ad revenues is a given. More importantly, the immense popularity of low-cost mobile devices in those developing countries bodes well for the digital advertising game moving forward.

The ability to go after consumers even when they’re away from their desktop PCs has opened up a world of possibilities to advertisers. The term “SoLoMo” is sometimes used to describe the merger of social media, localized ads and mobile platforms. While quickly become an overused cliché, SoLoMo is nevertheless an apt way to describe the direction that online advertising is headed. With SoLoMo, targeting users where they shop out in the real world is easier than ever. While desktop search advertising is still raking in the big bucks, the highest rates of growth are found in the mobile arena.

For roughly a decade now, Internet marketing has been roughly divided into two camps: organic Search Engine Marketing and PPC ads. While viral and organic marketing still have their place, the increasingly mobile nature of the web is demanding a greater financial investment from advertisers. Even organic methods of social marketing will demand greater sweat equity and money to yield dividends in the coming years. Though positive reviews on sites likeYelp and Google+ are critical for local businesses, paying for targeted ads that sometimes incorporate mobile coupons is also growing in importance when it comes to attracting and retaining customers.

How Businesses are Playing the Trend

Unsurprisingly, local businesses are gradually shifting their budgets in favor of online advertising. According to a popular report making the rounds published by Borrell Associates, SMBs plan on spending 26.6% of their local ad budgets on print media and 25.4% on online campaigns. What’s happening is that the gap between online digital ad spending and offline print budgets is narrowing. Furthermore, SMBs are planning on spending 7.5% more overall in 2013 on ads in general. Even though SMBs still spend more local dollars offline on print ads for the time being, that will most likely change by the end of the year.

A Few Years Down the Road

It’s not difficult to see where we’ll end up in a the long run. Print media is dying because it lacks either the will or the ability to transition to digital. A few organizations are successfully making the switch, but many more will cease to exist soon enough. Online ads will eventually consume the lion’s share of most businesses’ marketing budgets and most of that will be spent on local consumers. Ultimately, competition between Main Street businesses will heat up online like never before as more and more dollars are spent on chasing the same customers for their business.

Download our FREE Google+ Local Business Optimization Guide. Our guide offers a step by step discussion on how to optimize your Google+ Local (Google Places) account.